If you’re planning a trip to the Philippines, you’ll want to consider these top places to visit in the country. Some of these places are popular weekend destinations for residents of the metropolis, such as Bicol in Bicol province, the Taal Volcano, the Banaue Rice Terraces, and Iloilo City. Others are less well known but still worth a visit. Read on to find out more about these destinations and more! 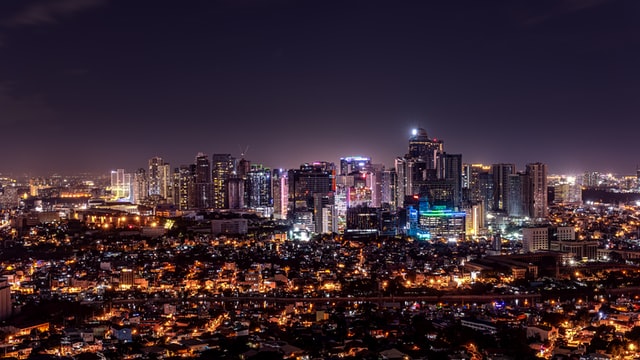 Bicol is a popular weekend destination for Manila residents

If you’re looking for a getaway from the city, Bicol may be the perfect getaway. This province is surrounded by the mountains of Bicol, and the cone-shaped Mayon Volcano makes for a spectacular natural sight. If you love spicy food, the province has more than 100 places to try. The Department of Tourism in Bicol has opened 100 tourism sites, making it a popular weekend destination for locals and visitors alike.

If you’re planning a trip to the Philippines, you’ve probably heard of Taal Volcano, a large caldera filled with Taal Lake. Located in the province of Batangas, Taal is the country’s second most active volcano, having recorded 38 historical eruptions, most of which concentrated on the island of Volcano Island. However, what makes Taal Volcano a favourite among visitors is its active status.

The Banaue Rice Terraces, often called the “Eighth Wonder of the World,” were built by Igorot people thousands of years ago. They were constructed with little or no equipment, largely by hand. As a result, they are not only breath-taking, but also incredibly fascinating. If you are traveling in the Philippines, don’t miss this opportunity. Banaue is known for its abundant wildlife and is also home to several other natural wonders worth seeing.

Located on the Panay Island in the Philippines, Iloilo City has historic Spanish colonial churches and old houses. The historic attractions of the city include the Jaro Cathedral, a shrine to the local patron saint, and the iconic 1920s mansion Nelly’s Garden. The Museo Iloilo explores local history. Other sites of interest include the Iloilo River and the 18th-century Miagao Church with its ornate sandstone façade.

Sagada’s hanging coffin ceremony is an odd sight to behold. Thousands of years old, the custom has survived to this day. The Igorot, the people of this region, have hung their coffins from the cliff faces in a unique burial ritual for the deceased. These practices have been carried out in Sagada for over two thousand years and have remained virtually unchanged. The Sagada people believe that hanging coffins bring the deceased closer to the heavenly realms and ancestral spirits.

Known as the City of Pines, Baguio is a popular mountain town in the Philippines, particularly in the summer. There are many sights to see, including Burnham Park, which features lakes and gardens. The Baguio Cathedral, which was completed in 1936, is another notable sight. Session Road, the town’s main thoroughfare, is lined with restaurants, shops, and entertainment options.

If you love nature, Cebu is the place to be. You’ll be able to go whale shark and dolphin watching in Cebu. Oslob and Moalboal are prime locations for viewing these majestic creatures. There are strict rules implemented by most tour operators to protect the animals. While the views are absolutely breathtaking, you’ll want to stay safe and follow the rules. There are plenty of huts to rent and beautiful beaches to explore.